About Holland Board Of Public Works

Since 1892, the Holland Board of Public Works has managed the water works, electric light plant, sewer system and other public improvements for the City of Holland.  HBPW not only provides these services to the businesses and residences of Holland, it provides solutions to reduce energy costs for all entities.  The HBPW's uses an assortment of energy sources that creates 16% of the energy used by the City of Holland.  For example, wind, biomass, and landfill gas are used as sources of energy to fuel the City of Holland.

In 2012, the City of Holland approved measures to construct a new, state-of-the-art combined-cycle natural gas power plant. Recently, the HBPW's broke ground on this state-of-the-art facility at the Holland Energy Park.  The power plant is scheduled to online by September 2016.


The HBPW's has created a live video feed where you can see the progress that is being made on the Holland Energy Park.  You can view the feed by visiting http://p21decision.com/the-new-power-plant/live-video-feed/. 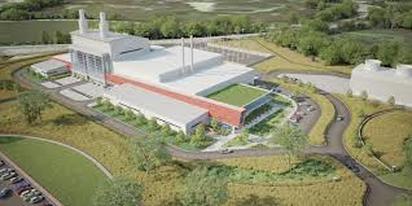 The HBPW's is dedicated to producing energy in the most socially, economic and environmental way possible.  Recently, all of the lights in the HBPW's power plant have been replaced with LED light bulbs.  These light bulbs are 25-30% more energy efficient than the bulbs that once were used throughout the plant. The power plant has installed solar/daylight tubes, along with bigger windows to provide more natural light throughout the power plant and reducing the need for light bulbs during the day.  The plant has upgraded the boiler, which is considerably more efficient at producing power. Occupancy sensors have been installed throughout the power plant to reduce the wasted energy in spaces not being used and the plant manager has also set back the thermostats.


As was mentioned above, the HBPW's has an array of atypical energy sources.  One of these energy sources is wind energy.  The HBPW has Power Purchase Agreements (PPAs) with two wind-energy companies;  one in Ithaca, MI and the other in Elwood, IN.  Wind energy (not including the manufacturing process) produces no carbon emissions and has a very small ecological footprint, which makes it one of the most environmentally friendly energy sources.


Holland is trying to be less dependent on fossil fuels, which is the reason for , while implementing the Community Energy Plan for 2050. They have saved energy and money by changing the lights within their power plant to LED bulbs. They use solar/daylight tubes, big windows, upgraded boiler, set back thermostats, and occupancy sensors. They help other companies save energy by having a conservation group and outreached education. Two of those companies are Haworth and Herman Miller. Soon, (hopefully in the summer) they hope to install occupancy sensors for the parking lot to help conserve energy.

Another energy source the HBPW has PPAs with are two landfill gas power plants from Granger and North American Natural Resources (NANR), which together produce over 5.1 MW of energy and should increase to 9.8 MW by 2018. There are hundreds of millions of tons of garbage going into landfills every year in the United States, waste can breakdown to produce an enormous amount of volatile gases, especially methane. Without safe ways of venting or repurposing this gas, methane buildups can cause dangerous explosions.  A great way to solve this problem is to use the gas to produce electricity. Landfill gas power plants drill into landfills to release gases and safely burn methane to drive turbines.

The last, but most important energy source is natural gas. The future HBPW's power plant will use a Combined-Cycle Natural Gas system. This system has two turbines that work in tandem to generate electricity. The HBPW's will use the first turbine, a natural gas turbine, to generates electricity, and the exhaust heat from that combustion will then be used to turn a second turbine. By reusing the byproduct that is created by the natural gas turbine, the creation of energy is  more efficient.  Below you will find a video from Siemens AG, explaining the process the future HBPW's power plant will use.

﻿Something To Take Home﻿

﻿Some of the things Holland BPW has implemented are things that you could implement at your workplace or in your own home to preserve energy: 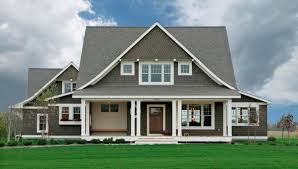